Supreme Court of the Philippines
Competition Entry - Collaboration with PxP Design Workshop, C+Y Design Office and Plang D Studio
The team’s concept for the visual identity for the Supreme Court is to create a balance of interwoven monolithic and transparent elements with respect to Filipino traditions. Monolithic in nature, to serve as a solid symbol of strength of the Supreme Court as an institution, while being open at the same time to address the Filipino’s desire for transparency and accountability in the justice system.
The Supreme Court, being the highest court of the land, must command respect by virtue of its outward strength and solidity, while characterizing empathy for the Filipino culture.
The mass was simply two rectilinear forms surrounding the water feature, to reflect honesty and straightforwardness that we hope to see in the Supreme Court.
A double screen façade wraps around the structure, with the outer screen being inspired from the vernacular Filipino “Banig” (woven straw mat). Using monotone local stones patterned to seemingly appear woven together, the structure outwardly looks to be solid in nature, while the perforations allow for light and ventilation along the inner spaces. In between screens, peeking angled eaves are visible, reminiscent of the traditional Filipino house roofing, and serving as surprise breaks from the mass of the structure.
It is with high hopes that the team’s Supreme Court proposal proves to be effective in its vision to become a timeless symbol that can reflect the integrity, transparency, and efficiency of our justice system. The team believes that all the tangible and passive elements that have been woven together in this proposal will create the environment we seek to promote justice that is for the common good. 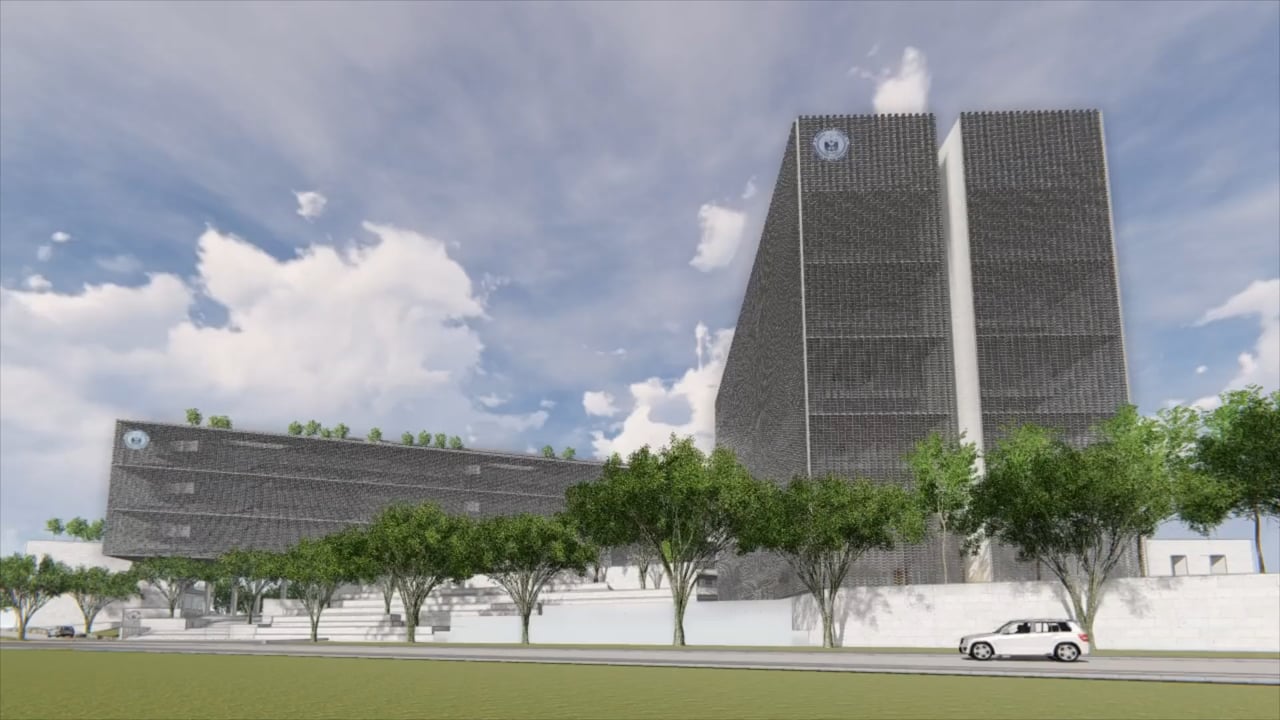